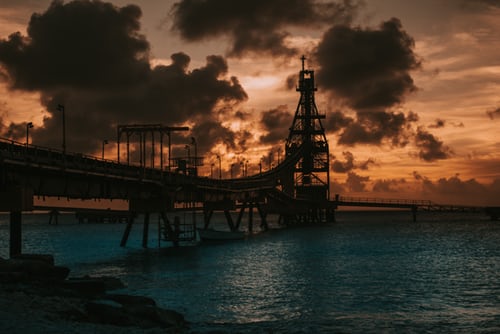 Under more normal circumstances, retail fuel prices decreasing wouldn’t also mean a decrease in consumption as well; however, recent events have been much different thanks in large part to the overall impact of the coronavirus. This specific situation has led many oil companies to fear that the upcoming quarter may actually be much worse than they initially anticipated.In fact, one industry observer had the following to say in regards to this:

“On one hand, oil prices have sunk and on the other demand has slipped, clearly bad news for the sector.”

Furthermore, an industry source also had the following to say:

“When volumes are down even the government is not getting revenues. If this alarming situation continues, we will soon have to work on a stimulus for oil refiners. Meanwhile, the Centre may opt for another increase, not in duty, but on the cess amount to make use of low oil prices and earn some revenues.”

According to the International Energy Agency, they view global oil demand at 99.9 million barrels a day in 2020, which is a decrease of approximately 90,000 barrels a day from 2019.

One director of an oil company based out of India had the following to say in regards to this:

“The demand for fuel is expected to grow at 2% to 3% during fiscal 2020 – 2021 if the COVID-19 situation improves. In India, fuel is primarily used for surface transport and until now, we have seen a dip in air transport. Road transport demand has remained largely robust and we expect it to remain so if the situation normalizes.”

One senior executive from the oil company also states that sales from all petroleum products have been negatively impacted as well thanks to the virus. In fact, the overall demand of liquid fuels has decreased by 10% to 11% for the first two weeks of the month of March.

It is predicted that overall world oil demand in the next quarter will likely decline by the largest volume in history thanks to the impact of the coronavirus. It is believed that it will exceed the fall-off during the financial crisis that began during late 2008.

A representative from IHS Markit had the following to say in regards to this:

“This is a sudden, instant demand shock, and the scale of the decline is unprecedented. Because of the unprecedented stoppage in Chinese economic activity during February, and the subsequent spread of COVID-19, we estimate that world oil demand in first quarter 2020 will be 3.8 million b/d lower than a year earlier. Never before has such as quarterly drop been recorded. The previous largest decline was in 2009, when oil demand fell 3.6 million b/d in the first quarter. It now appears likely that oil demand will be less than in 2019.”

This past Wednesday, Congress reached a bipartisan agreement to provide more than $7 billion to help combat the coronavirus outbreak. Donald Trump is expected to sign the agreement once it reaches his desk.