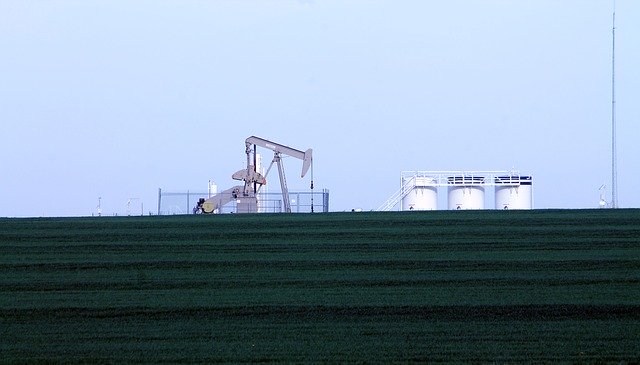 Oilfield well types. Generally, oil wells are marked by oil pump jacks that dot an entire production area; however, this typically depends on the overall size of the field beneath the ground. Many people tend to assume that these jacks pump out black oil; however, this isn’t always the case, as there are different types of oil wells.

Generally defined, oil wells are holes that are dug into the earth that are designed to serve the overall purpose of bringing either oil or natural gas to the surface. Oil wells can almost always produce some amounts of natural gas, as well as frequently bringing water up with other types of petroleum products.

In order to drill a well, a piece of equipment commonly known as a drilling rig bores a hole through multiple layers of rock and dirt until it is able to reach the oil and gas reservoir, which is the location in which the oil is held. The actual size of the borehole will depend on the type of well that is used; however, the size is generally approximately 12.5 to 90 centimeters in width.

The drill is pushed down by the weight of the piping that’s located above it, and the piping is used to help pump a thick fluid into the well known as mud. This assists with the drilling process itself by maintaining the pressure below the ground in the well by collecting debris that’s created from the drilling and bringing it to the surface. When the drill digs deeper, various sections of piping are attached in order to help lengthen the well itself.

Once the well is drilled, it is then completed and cased. The casing is the lining that is inserted between the edge of the well and the actual well that helps to support it.

Here are some of the most common types of oil wells.

*One type of oilfield well is the oil well itself. This is normally what you think of when you first think of crude oil, which is generally defined as “an unrefined petroleum product gathered up from the earth that is made from hydrocarbons and other organic materials.” This is also a type of oil that can take many years from different types of organic materials to decompose to the point where we would be able to refine oil and make substances such as diesel fuel, gasoline, and other types of products.

*Another type of oilfield well is the oil and natural gas well. Many oil wells help to produce natural gas, and natural gas is a byproduct of the oil making process itself. Natural gas, meanwhile, comes out of crude oil once it undergoes pressure once the oil comes to the surface. Whenever the gas isn’t captured, it will end up getting burned off at the oil well site. Unfortunately, this isn’t good for the environment, so this specific process is generally avoided as much as possible. Additionally, natural gas can also be transformed into a liquid before it is then exported.

*One other type of oilfield well is the natural gas well. This is a substance which is frequently used to help with heating homes during the winter season, as well as to cook food and power hot water heaters. Natural gas can be found in rocks beneath the surface of the earth, meaning that the rocks have to be broken up in order for the gas to get out. This is a process that is rather delicate in nature since the gas is able to escape and infect any surrounding water supplies, which can be extremely dangerous.